New statistics from the Australian Financial Security Authority (AFSA) have revealed that business-related personal insolvencies are on the rise across much of the country, with one mid-tier concerned that numbers could continue to rise. 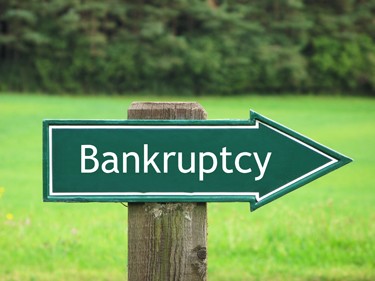 Yesterday AFSA released regional personal insolvency statistics for the March quarter 2017 in comparison to the December quarter 2016, showing increases in many of the capital cities and some regional states.

RSM’s national head of restructuring and recovery, Peter Marsden, told Accountants Daily that accountants need to ensure their clients are on top of their cash flow and business plan in order to avoid personal insolvency.

“It’s really about understanding what the business does, and then the usual tips and tricks and fundamental things that you need to do,” he said.

“One is manage your cash flow properly and pay great attention to your cash flow because ultimately your test as to whether you're insolvent is - can you pay your debts as and when they fall due.”

Mr Marsden said that the biggest single creditor that pursues people to bankruptcy and liquidation is the ATO for unpaid GST, superannuation, or tax.

“The big trap a lot of business people fall in to is that they don't pay their taxes because the ATO doesn't whinge if you miss one month’s payment, they really don't do very much about it,” he said.

“[Too often businesses] let the tax office slide and eventually you end up doing it for two or three or four months and then the numbers get so big you can't jump over it. So make sure that all those taxes are kept up-to-date. Don’t allow yourself to fall behind.”

The AFSA statistics revealed that the number of debtors who entered a business-related personal insolvency in the Greater Sydney region rose 8.6 per cent from the December 2016 quarter to the March 2017 quarter.

Conversely, the rest of NSW experienced a drop of 10.7 per cent in the number of debtors who entered a business-related personal insolvency.

The number of business-related personal insolvency debtors in the Greater Melbourne region and the rest of Victoria rose 5.7 per cent and 8.3 per cent respectively.

The Greater Brisbane region saw an increase of 13.9 per cent in the number of business-related cases, with the rest of Queensland experiencing a 2.1 per cent drop.

Business-related personal insolvencies increased in the Greater Adelaide region and the rest of South Australia, rising 9.8 per cent and 108.3 per cent respectively.

The Greater Perth region saw no change to the number of business-related personal insolvency cases, while the rest of Western Australia saw an increase of 9.1 per cent.

Looking ahead Mr Marsden said further increases are possible given the current situation in the property industry and the “historically low” interest rates.

“The other problem we've got is there are a lot of businesses in the economy who are holding on but not doing much better than that, so any upward movement in interest rates is probably going to lead to an increase in insolvencies.”